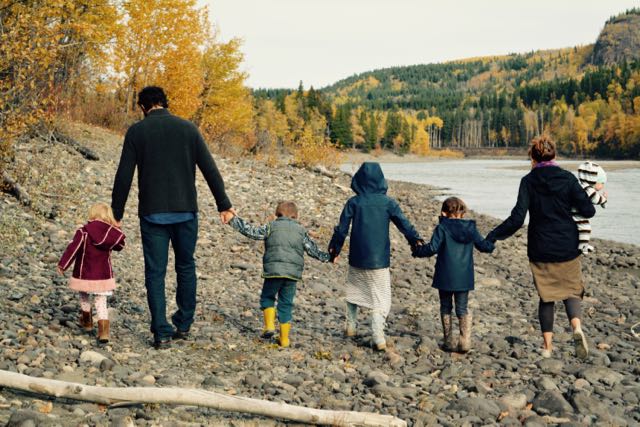 … it all started when a man and a woman said “I DO”… Well, it actually started a while before that but let’s skip to the really good part……a man and a woman said “I DO” and life would never be the same again. Shortly after this momentous day their hearts were drawn to the idea of being missionaries in their own country, through the witness of their family life. God’s ways aren’t always our ways and so, even though the desire and the zeal were there, God’s timing was yet to be revealed. Six grace filled years of marriage and four kids later they found themselves packing to move to Telegraph Creek; the most remote community in BC accessible by road.

Of course there is much more to the story, so come along with us and share in encountering God’s joy, grace, and mercy, as the rest of our story unfolds.

We hope you enjoy sharing in our journey with us!