At the beginning of June we had the opportunity to attend a Catholic Family Camp at Braeburn Lake, about a 1 hour drive north of Whitehorse. It was such a wonderful opportunity to enjoy some re-creation time for all of us, for the kids to be able to just run around and have fun with a lot of their friends,  and to connect with other families, all of whom we knew previously. We also got to celebrate Mass outdoors! This was the first family camp for Whitehorse and there were 7 other families present. Here are some highlights: 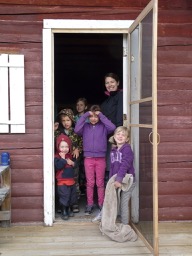 Camping in a cabin, that’s the way to do it with 5 kids!

The Bible scavenger hunt was a hit! 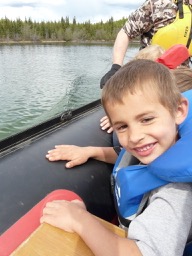 Some canoed, while others got to ride in the zodiac! 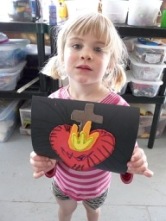 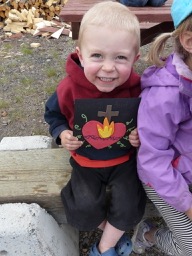 Making crafts on the feast of the Sacred Heart of Jesus 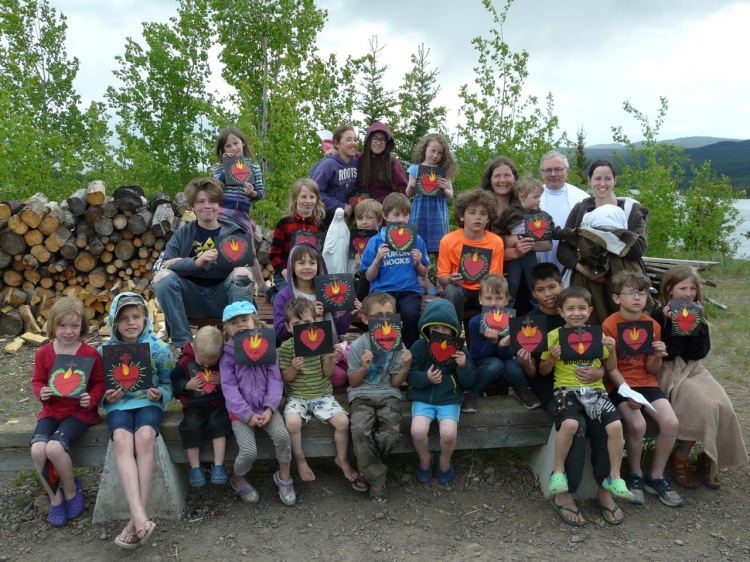 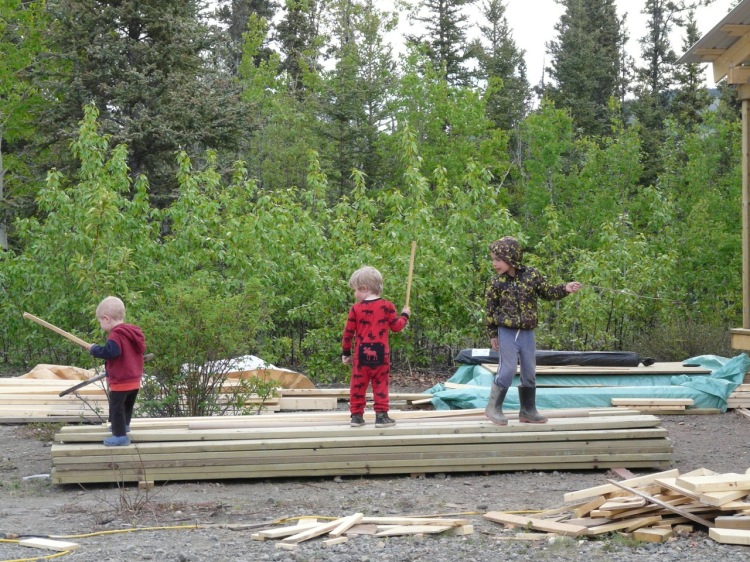 Tobias’ favourite spot was the wood pile(and it looks like he was joined by other culprits also, including his older brother) and pushing the small wheelbarrow. There were lots of wood scraps and construction things to play with as a couple of new cabins were being built.

Josh was out in Dease Lake last week preparing the site for the new church building. It was great to have the help of some other Catholic men! Next week will be the final site prep with removal of a few more trees on the front edge of the property and the rest of the stumps. And then we will also be putting in the foundation posts.

And  then we were all in Dease Lake the following day, taking the school bus out, to celebrate National Indigenous Peoples Day. It started with a walk from the school up to the Community Centre. There was traditional drumming to open the event as well as a clan designation ceremony(for all those who were not Tahltan). Denise and the kids became honourary Wolves (Ch’ioyone)  and therefore Josh was an honorary Crow(Tsesk’iya). There were also lots of activities including a  bouncy house, t-shirt making, face painting, language games, and stick gambling. 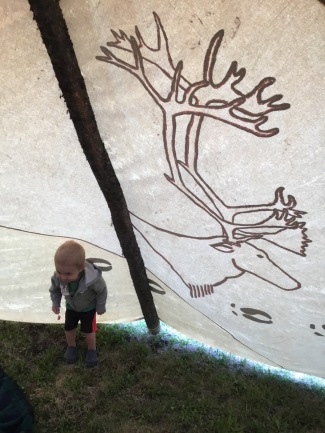 We had a field trip this week down at the 6 mile fish camps where the school kids got to release the salmon that they had raised in a fish tank at their school.

A little bit of fishing, the ol’ fashioned way, to wind down the day.